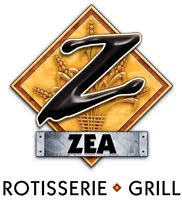 One of my favorite local restaurants is giving away free beer for Father's Day!! Zea Rotisserie and Grill will be giving a free four pack of their contract brewed beer when you buy two entrees. The four pack will include their Clearview Gold, Amber Lager, Ponchartrain Pilsner and Category 5 American Pale Ale. All 4 beers are currently brewed by Heiner Brau Microbrewery. Go get some free beer!! 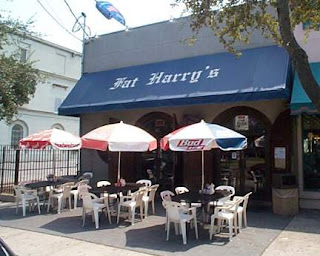 New Orleans is full of great bars. Some are beer bars like The Bulldog, Cooter Browns and what I consider the best in New Orleans, Avenue Pub. Some bars though focus on a different crowd.

When I was in college I had a couple places I enjoyed: The Boot and Fat Harry's. Both of these bars are quintessential college bars. The Boot which is practically on Tulane's campus(Go Greenwave!)and Fat Harry's which is a short streetcar trip down St. Charles Avenue. I hadn't been to Fat Harry's in 10+ years. For me it was just another college bar that served nothing my cheap lagers and offered no real value to me. For some reason my wife and some of her friends went there recently and said they actually had a fantastic time and my wife claimed the nachos were "the best she had ever had". Now for my wife to claim any food as the best she had ever had is a huge compliment. My wife just isn't really all that into food. A bowl of cereal counts as dinner for her sometimes.

Yesterday I found some time to take the wife to lunch and she mentioned trying Fat Harry's again. Before entering there is a huge sign stating that this establishment is a non-smoking bar. Ballsy. I love it though. New Orleans bars have been fighting the local government who is trying to make all bars non smoking. I'm not going to get into the politics of all this because it can get messy and I try to keep politics out of these posts but I truly admire the fact that this bar took the initiative to be proactive and made their bar smoke free. I spoke to owner, Kyle Huling and he told me his mother made the decision about 6 months ago and that they have seen NO decrease in sales but rather experienced an increase. THIS I love!

The beer selection is about 10 beers on tap that I could see and about 10-15 bottles. The tap selection was pretty nice from a local standpoint. They had Bayou Teche, Tin Roof, Covington Brewhouse and Abita. I was a bit shocked not to see NOLA Brewing given their huge success. The bottle selection was okay. Pretty much what you would expect from a college bar.

The food selection was massive. Tons of options from burgers, wraps, salads and appetizers. I ordered the burger which I found to be a solid burger. My wife ordered the grilled cheese and polished it off. I think I should have tried the nachos too. Maybe next time!

Overall I think Fat Harry's was a solid bar for the New Orleans area. Positioned right on the Mardi Gras parade route makes this bar a hell of a place to hang during the festivities. Those of you who smoke may not like it too much but they have tables outside. I have to admit I actually enjoyed walking out not smelling like smoke.

PS On June 25th Fat Harry's will be celebrating their 40th anniversary!
Posted by The Beer Buddha at 8:00 AM 1 comment:

Use code beerbuddha at Craft A Brew!